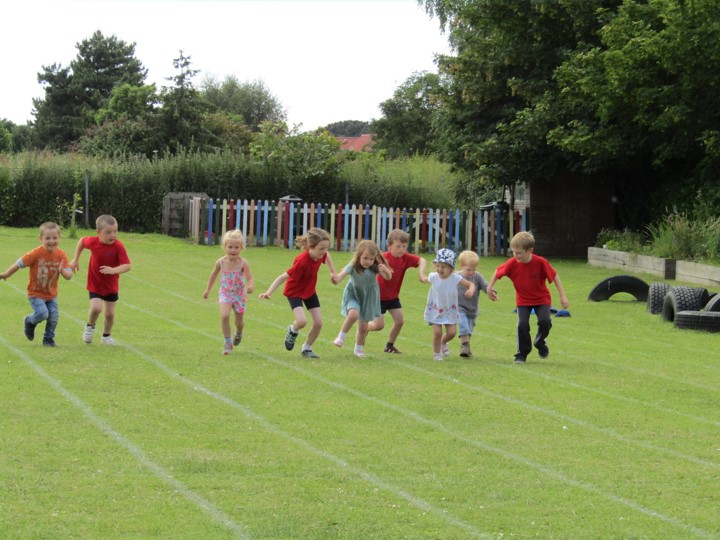 Generous youngsters and their families have raised hundreds of pounds to support elderly patients at the Queen Elizabeth Hospital, King’s Lynn, during their sports day.

Children and staff at Brancaster Primary School C of E V A have supported the hospital’s Excellence in Elderly Care (ExCel) Appeal, which aims to raise £50,000 to buy important equipment.

Scores of parents cheered on the 40 youngsters who took part in a host of traditional events, including sack races, sprints and the egg and spoon race.

The school raised £200 for the appeal with its cake stall and by selling other refreshments as well as raffle tickets and second hand books during the event.

Brancaster Primary is part of the St Mary Federation along with Docking and Sedgeford schools.

Executive head teacher Sarah Bocking was pleased with the amount raised and said the youngsters had fun on the day.

She said: “It is nice for the children to support the older generation.”

Fundraising executive at the hospital Laurence Morlaàs said: “We are very grateful to everyone who participated and in particular the Parent and Friends Association who were instrumental in raising such an amount.  It’s great that the young are backing our  campaign in support of grandparents and great grandparents receiving hospital care.”

If you would like to support the appeal go to: http://www.qehkl.nhs.uk/FundraisingCurrentCampaign.asp?s=foundation&p=fundraising