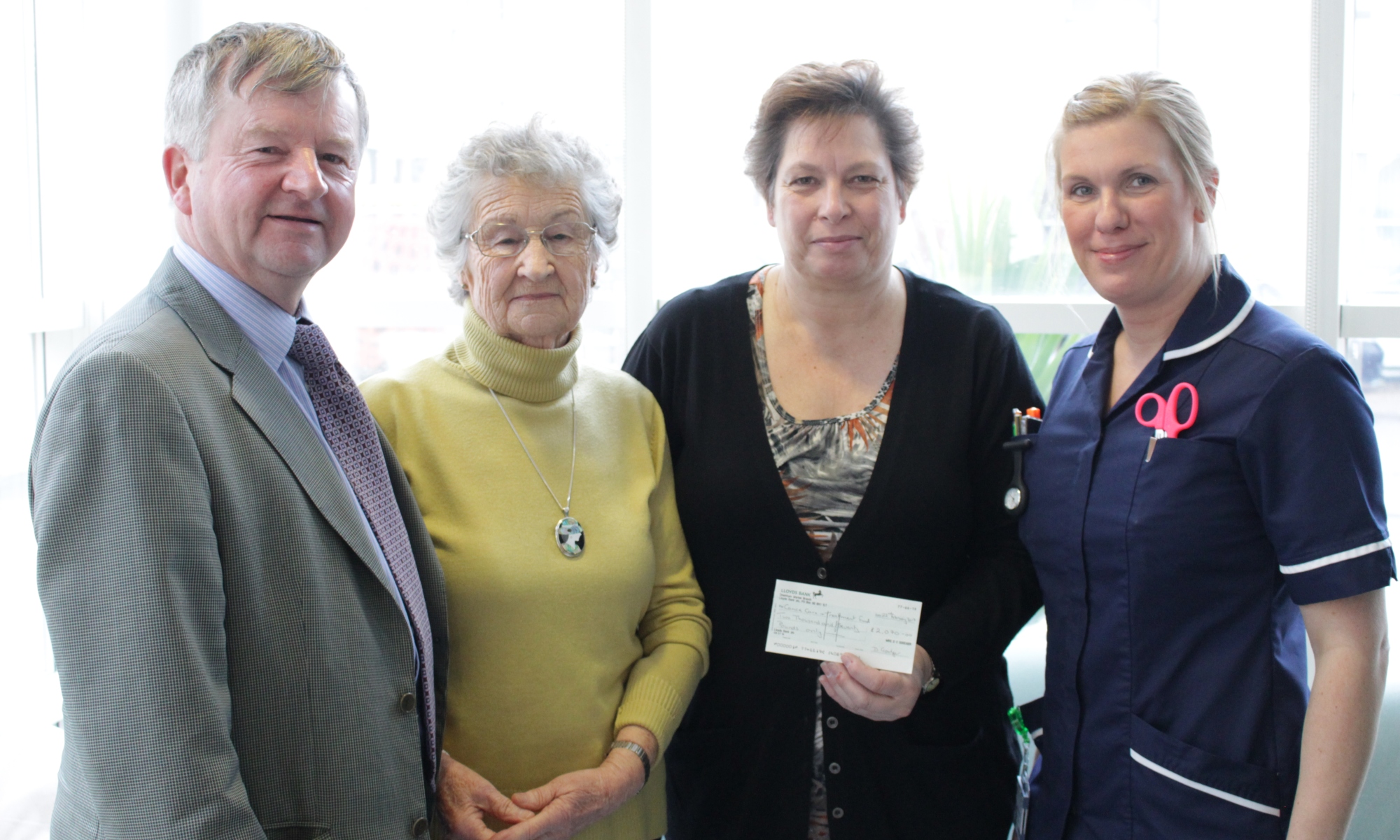 A Welney family has donated more than £2,070 to The Queen Elizabeth Hospital in memory of a well-known farmer.

Stanley Goodger, known as Joe, had been treated at the hospital prior to his death in November.

Last summer, his son Ken was joined by 150 people in celebrating his 60th birthday with a party which included dodgems along with performances by Teddy’s Boys, Vicky Mason and Delta Pilots.

Mr Goodger was joined by his wife Debra and mother Valerie in presenting money to Sister Nikki Whales.

He said: “My father was a very popular man and we wanted to do something in his honour.

“People were very generous at the party and we were amazed to raise so much money. I would like to thank everyone who supported us.”

The event raised a total of £4,070 with £2,000 of that being donated to Ward C at Addenbrooke’s Hospital in memory of Ian Scarff, who used to work for the family.