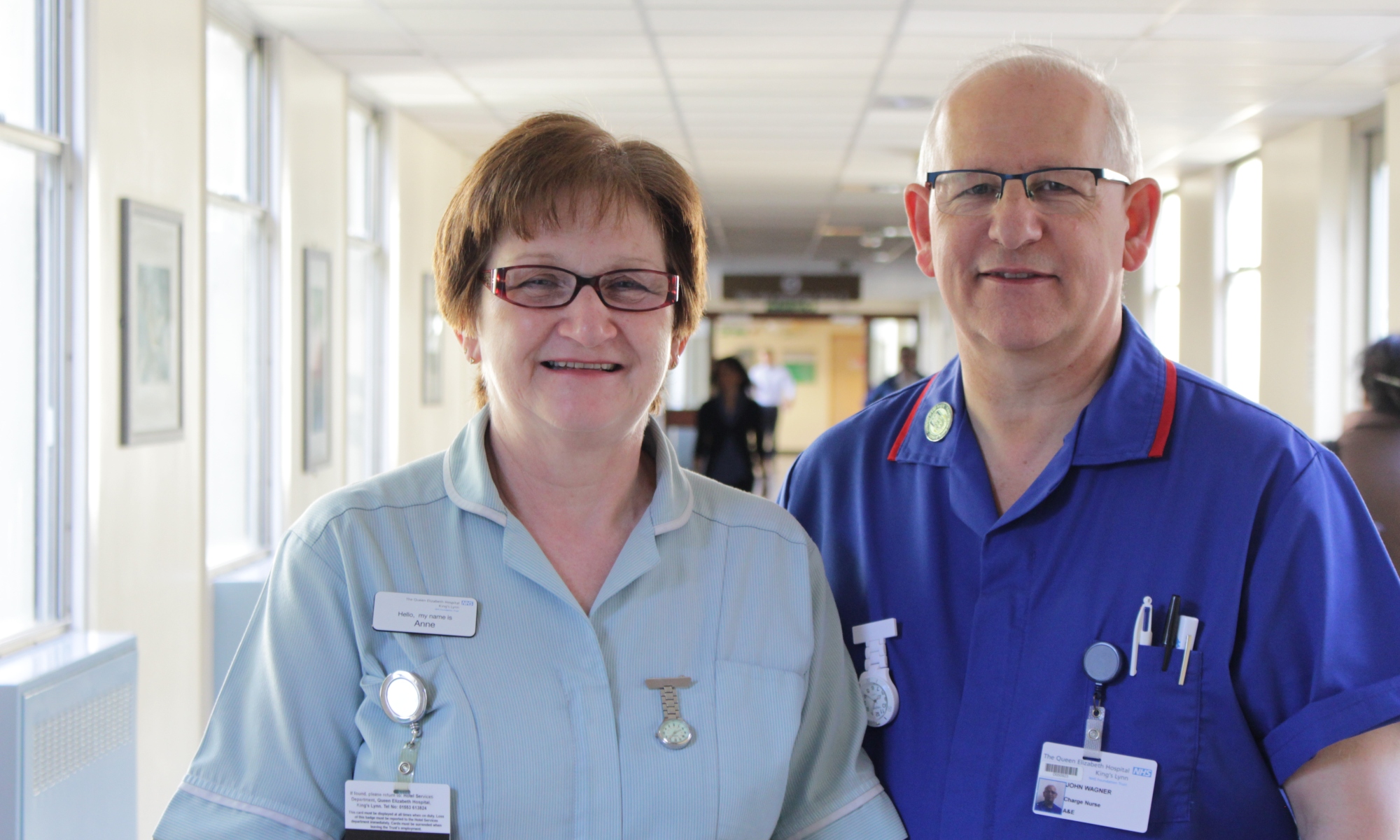 Superheroes who go the extra mile to make a difference to the lives of patients and their families will be honoured during Nurses Day later this week.

The Queen Elizabeth Hospital is applauding its hardworking and compassionate Nurses on Friday, May 12, with a host of activities.

Nurses Day is held on May 12, the birthday of Florence Nightingale, to celebrate nurses. As part of the celebrations, the Hospital is highlighting some of its unsung heroes.

Among them is Julie Theobald, who fulfilled her childhood dream in 2006 when she qualified to become a nurse after years of study alongside juggling a job and family. 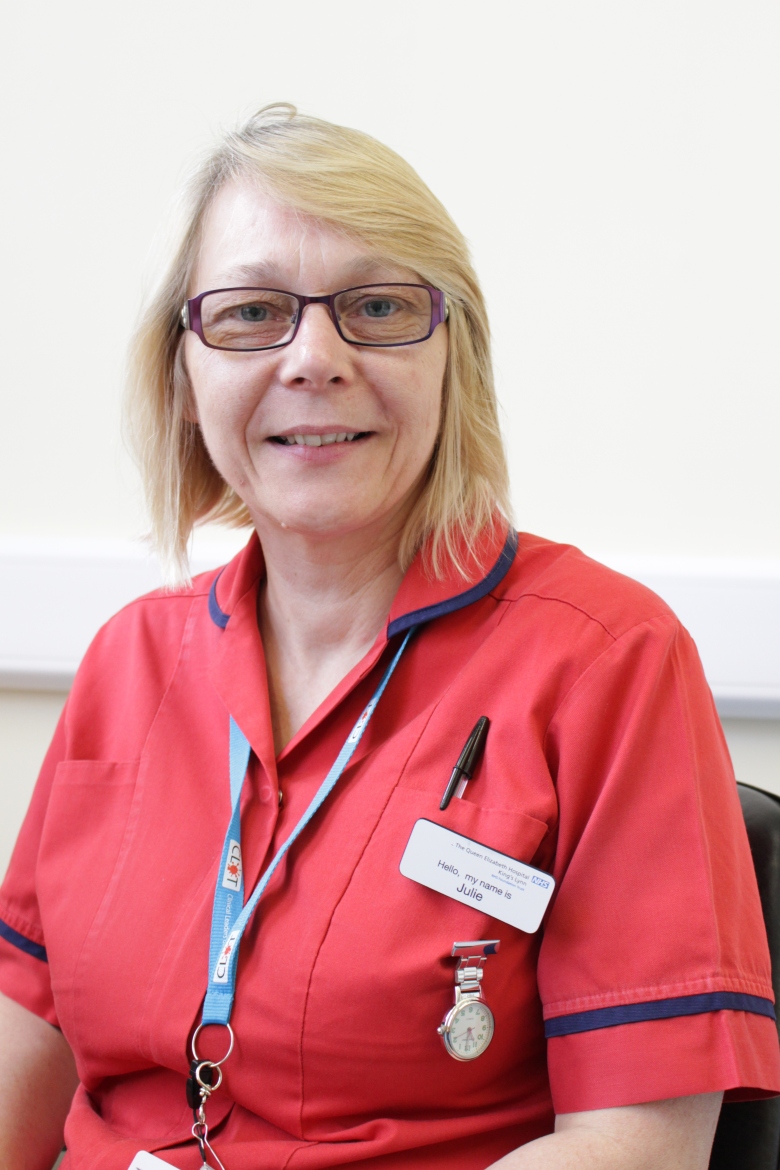 Now she is an Anticoagulation and Thrombosis Nurse Specialist but still continues to do shifts Chemotherapy Rooms.

She said: “The most enjoyable thing about nursing is being able to make people better or supporting those we cannot cure.  I like the scientific side of nursing but the reason I love my job is the patients.”

Julie started off as a mature student on an NVQ in Health and Social Care and worked in a psychiatric nursing home.  After eight years, she followed her dreams and applied to join a registered nursing course. She trained at the QEH and qualified in 2006.

She said: “It was hard work balancing my family life with clinical placements and assignment writing but my husband Pete was fantastic.  When I qualified, it was a dream come true.”

Julie began nursing in the palliative care department before moving into the Chemotherapy room and finally a thirst for knowledge led her to Haemotology.

She said: “I find it really rewarding working with cancer patients as many of them are so inspirational.

“I am lucky as I work with a fantastic and supportive team in Anticoagulation and the patient group is lovely.

“I would not change my career for anything. I have been able to achieve my dreams and learn more than I would have thought possible.”

A training course led to more than just a fulfilling career for Essex native John Wagner, who met Anne while working at the North Cambridgeshire Hospital.

Clinical educator for A&E John and Anne, a Nursing Auxiliary on West Newton, tied the knot in 1983 and went onto raise three children while still working demanding shifts. 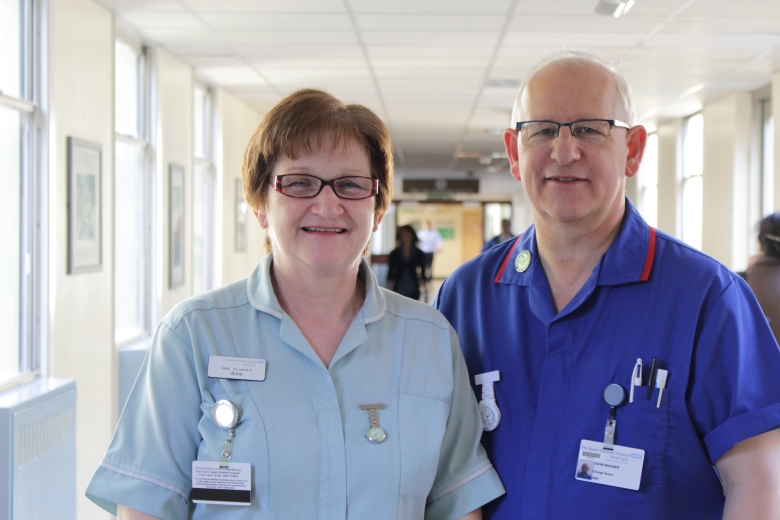 John said; “One of the best things about being a nurse is seeing people get better after they have arrived acutely unwell and they have responded to your treatment. Once we were stopped in the street by the relative of a patient who said thank you. That was a real boost and makes you realise that you are doing a good job.”

Anne has worked nights for nearly 30 years after returning to work from a break to have her family. She said: “I enjoy working nights and it fitted in with bringing up our children. I now look after my grandchildren.  I enjoy working with the team on West Newton.”

John, who qualified as a Registered Nurse in 1990, worked in orthopedics before moving into A&E. Eighteen months ago, he became a clinical educator and added: “I have enjoyed working in A&E over the past 26 years in various roles and being a member of a great team of dedicated nurses.”

As a teenager, Liz Heighton dreamed of becoming an artist but fate intervened and she became a nurse. Liz is now an Advanced Nurse Practitioner in Pain Management. 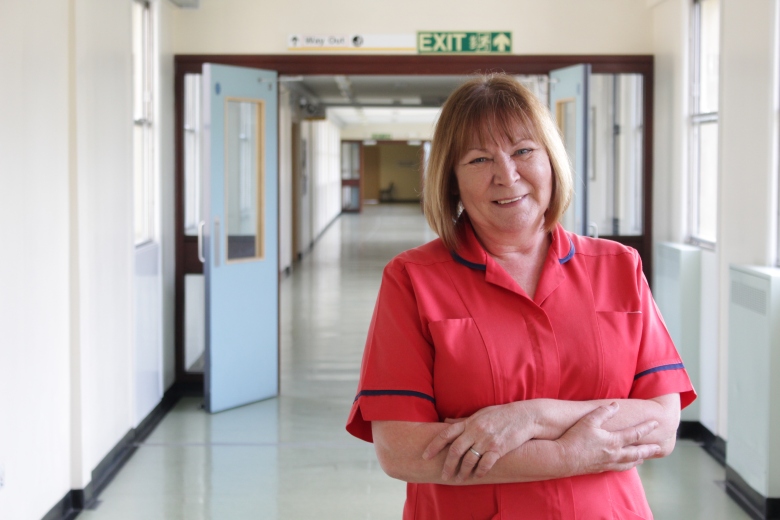 She said: “I think I evolved into a nurse and it is very rare that I’m not glad to be coming to work. I love the people and the patients. I just love the job.”

Starting off as enrolled nurse at North Cambridgeshire Hospital, Liz worked hard to gain the necessary qualifications, while bringing up a family, to enroll and complete her registered nursing conversion course in 1989.

She transferred to the QEH at the same and ended up working in Theatres. Liz said: “I loved the team work and the one-to-one nursing in Theatres along with the unpredictable nature of it.”

Liz grasped the opportunity to learn new skills and ended up managing recovery, which began her interest in pain. She went onto complete a Masters’ Degree and helped to establish the Acute Pain Service at the hospital. Liz also now works in the Chronic Pain service.

She said: “From an acute pain point of view, you can make an instant impact to make someone feel better.

“I would recommend nursing as a career as there are opportunities to progress and be challenged plus there are so many branches you can go into. But most importantly there is a lot of job satisfaction.”

Staff at the Hospital have put together a host of activities to celebrate Nurses Day including a bake-off and coffee morning.

Director of Nursing Emma Hardwick said: “The QEH is lucky to have such a dedicated nursing team so it is important that we take opportunities such as Nurses Day to say thank you for their efforts and hard work.

“Nursing is a very fulfilling career with opportunities to progress and develop while still continuing to make a difference to someone’s life.

“The Hospital is currently recruiting registered nurses and we would encourage others to come and join Team QEH.”

If you are a registered nurse and would like more information on joining the Hospital contact the Human Resources team on 01553 613789.