A focus was placed on the needs of people with dementia and their carers during a conference which was held at The Queen Elizabeth Hospital.

Nurses, paramedics and members of hospital staff supported the Living with Dementia conference, which was held in partnership with Unison.

The conference formed part of Dementia Awareness Week to raise awareness of the condition, which affects 850,000 people in the UK.

The experience of caring for loved one with dementia, medical treatment along with the help provided by voluntary organisations were discussed during the conference, which took place on Thursday, May 18. 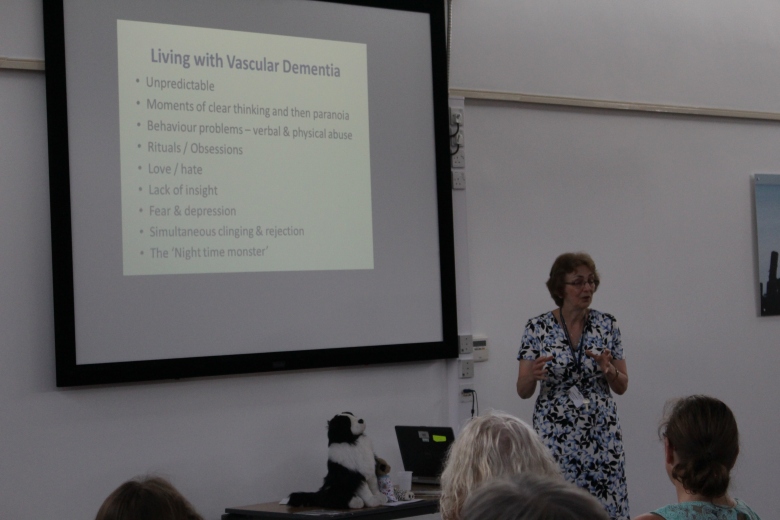 People in West Norfolk are urged to write down Advance Care Plans, which state their final treatment wishes, along with putting in place a Lasting Personal Welfare Power of Attorney at an early stage.

Associate Director of Patient Experience Claire Roberts, a nurse of 43 years, spoke passionately about caring for her late mother, who had dementia.

Mrs Roberts said: “For many families out there, there is an overarching feeling of being alone when you are caring for a loved one with dementia. One of the aims of the event is to help staff to develop the skills and understanding to support patients and carers.

“Dementia is rapidly superseding cancer as the disease they most fear as they head into old age. It is important that the healthcare community and the public focus attention on the challenges ahead and how we meet those.”

Chief Executive Jon Green was among the first speakers at the conference, which had been organised by the Trust’s Mental Health and Learning Disability Liaison Support Worker Sarah Rout. 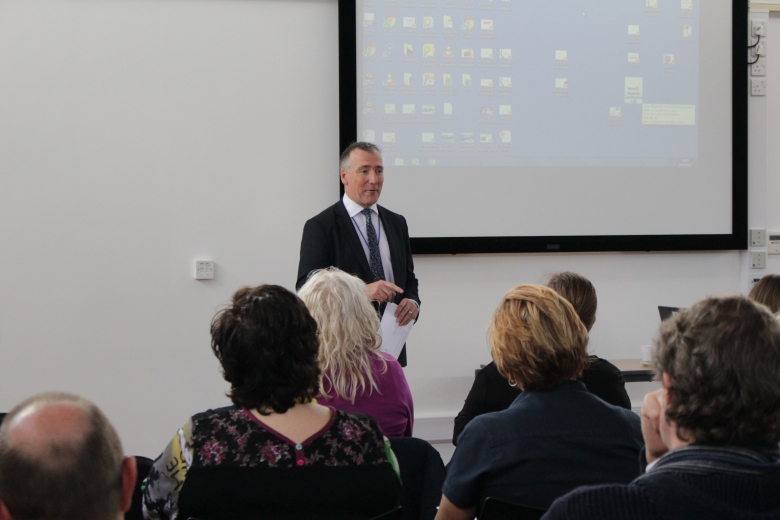 Andy Peacock, from the Alzheimer’s Society, spoke about supporting the person and their carers. Hazel Temperton outlined her new role as Marie Curie’s Clinical Nurse Specialist for Dementia Care while Zena Aldridge, Dementia UK, spoke about the role of an Admiral Nurse.

Eddie West-Burnham, of MIND, spoke about social inclusion for people with early stages of dementia. Jane Evans from West Norfolk Carers gave a powerful presentation on the impact of dementia on carers and Amy Tennant, of advocacy service POhWER, spoke about the legal requirement to assess and take into account the patient’s mental capacity when making decisions about their treatment and care.

During the afternoon, attention turned to the acute care setting with Alison Webb, Lead Nurse for Older People, outlining the importance of delivering individualized care.

The afternoon included presentations focused on reducing the risk for patients with dementia when they come into hospital and provided examples for staff on best practice in dementia care. 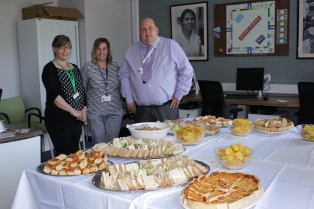 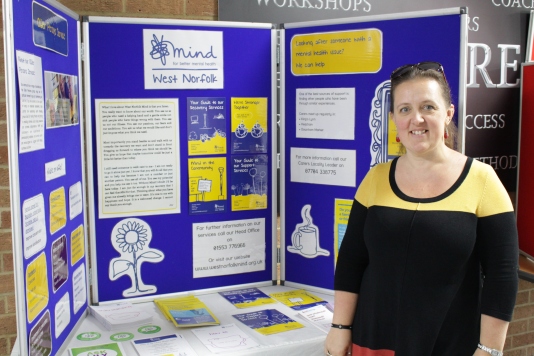 Unison Branch Secretary Darren Barber, who also supported the conference, said: “It was a great honour for Unison to be support a conference which is raising awareness of such an important condition.

“Unison has a strong tradition of working in partnership with the Trust, particularly on the Lifelong Learning Programme.”

Mental Health workers Sarah Rout and Tracey Canham with Darren Barber, Unison Secretary, and the refreshments served at the conference

MIND Team Leader Lee Dade with her stand at the conference

Zena Aldridge helped to outline the role of Admiral Nurses