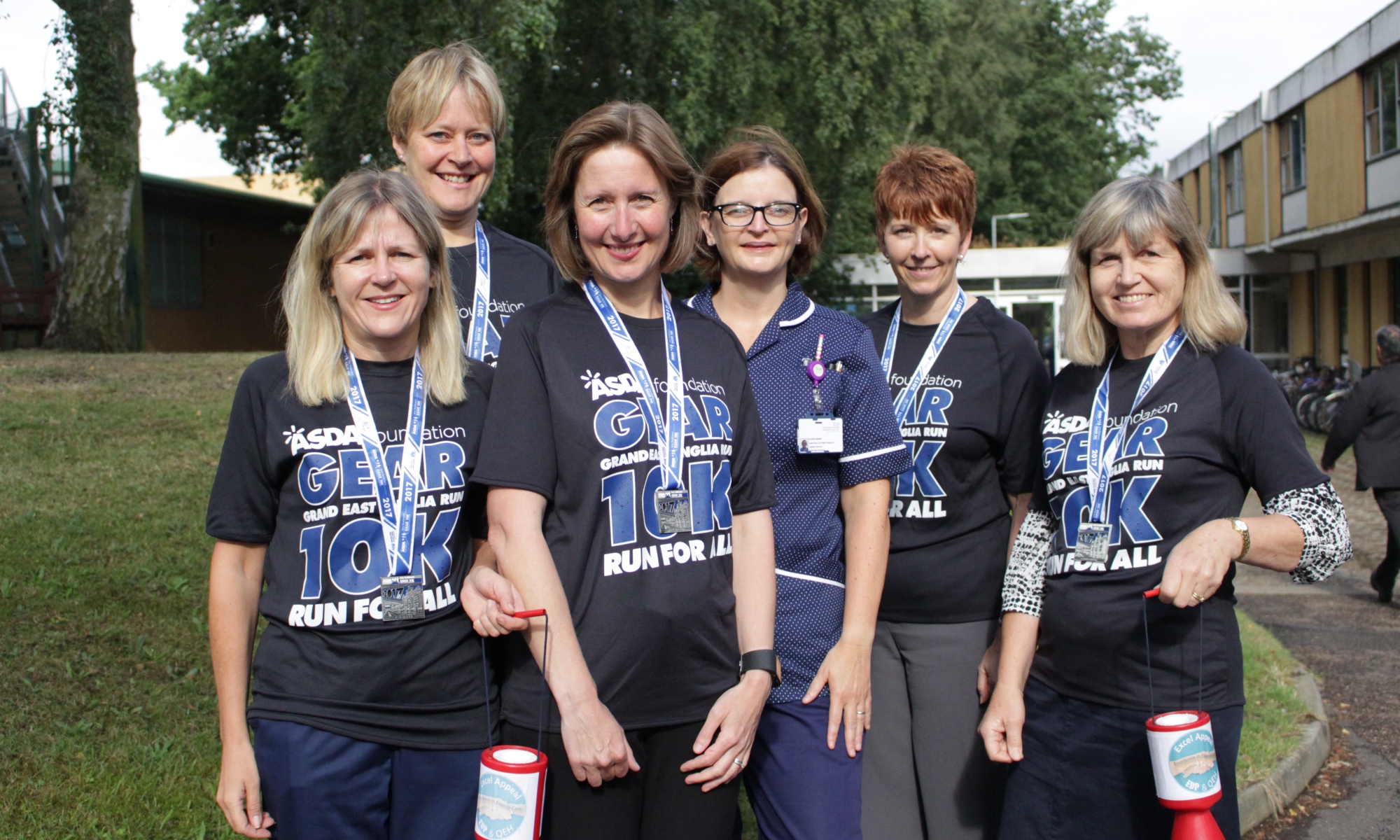 A group of runners have ExCelled by raising more than £900 to support vulnerable patients at The Queen Elizabeth Hospital.

The group, who all work for the QEH, have raised £909.39, which will be used to buy falls prevention monitoring systems.

Dr Margaret Daly said: “We would like to say thank you to all the generous sponsors and all the support we received on the day.”

The runners have presented the funds to Matron Alison Webb.

Fundraising Executive Laurence Morlaàs said: “This is a fantastic achievement and the money raised will make a big difference to the elderly and frail patients in Windsor Ward, our dedicated frailty unit, along with highlighting the team spirit at the QEH.”

Sarah and Nicola will not be hanging up their trainers as the pair will be taking on the Great North Run in September to raise money for Daisy Mason. The five –year-old was born 12 weeks early and has quadriplegic cerebral palsy.

The pair are raising money to buy specialist equipment and fund sessions to Kids Physio Works in Colchester.

Sarah and Nicola will be running as “Daisy’s Divas” and plan to hand out hearts enroute to spread the “Daisy Love” but are appealing for help from people who could knit, sew and crochet the hearts.

For more information go to: http://www.justgiving.com/fundraising/daisys-divas