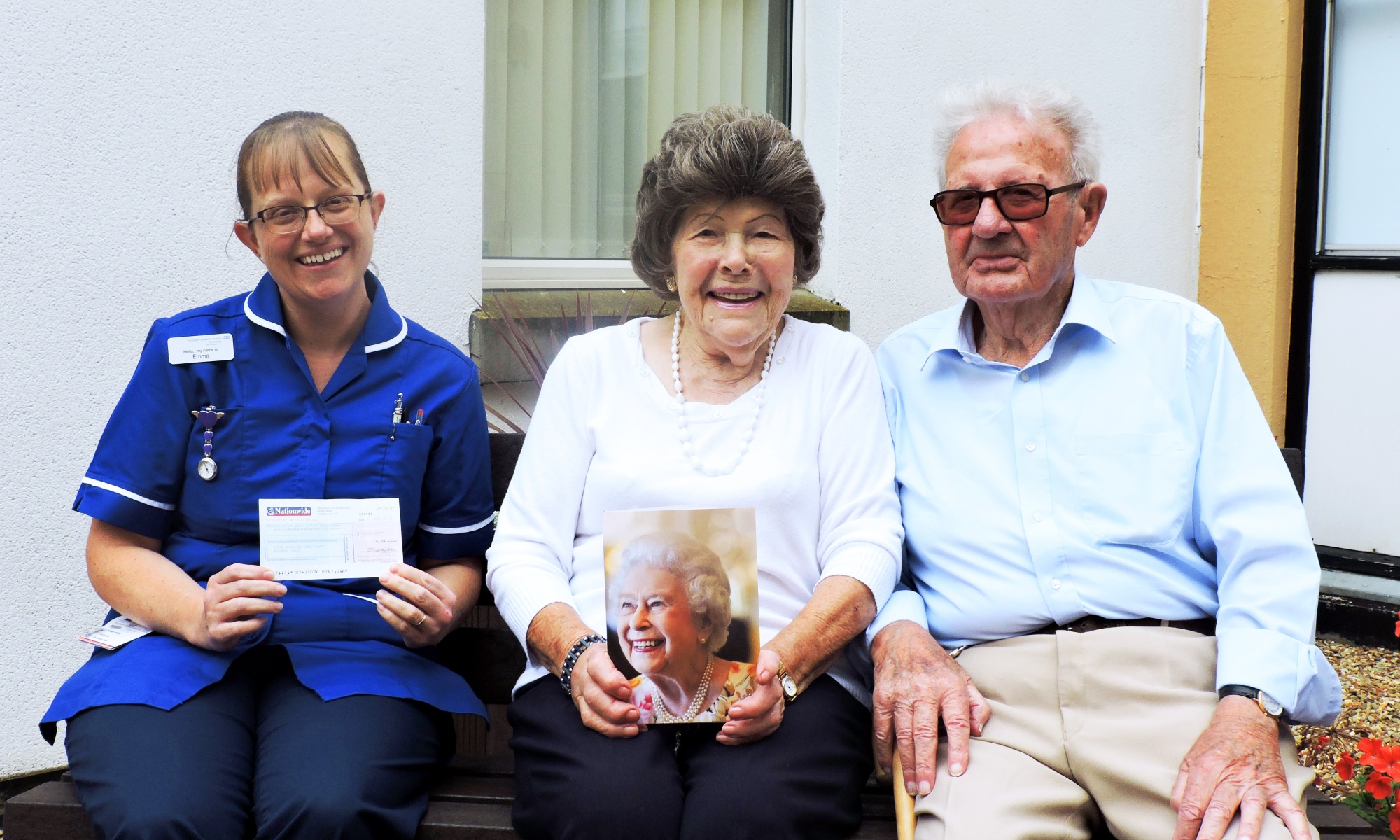 An Emneth couple has celebrated their Platinum Wedding Anniversary by raising more than £500 for The Queen Elizabeth Hospital.

Danny and Dorothy Noone met at a YMCA dance near Sailsbury while serving in the Army as ATS drivers during the Second World War.

More than 70 years later Mr and Mrs Noone were joined by friends and family in celebrating their milestone anniversary with a party in The Crown Hotel, Outwell.

During the party, the couple raised £540 for the Shouldham Ward Staff Fund, which they have presented to ward Sister Emma Wren.

Mrs Noone said: “The National Health Service is wonderful and has been very good to us. I would like to thank everyone who supported us by donating money at our party.”

The couple tied the knot in Our Lady and St Charles Borromeo Catholic Church in Wisbech on June 27, 1947, and went onto have son John.

Mr Noone is well-known for running a car sales firm in Wisbech while his wife ran a horticultural nursery in Emneth for 55 years.

She said: “I would say the secret to a long marriage is not to fall out of love with each other. We share everything, if I have a biscuit, I will give half to Danny.

“I would like to thank my daughter-in-law Sharon for organising our anniversary party.”

Shouldham Ward Sister Emma Wren receives the cheque from Dorothy and Danny Noone, who raised £540 during their 70th wedding anniversary.