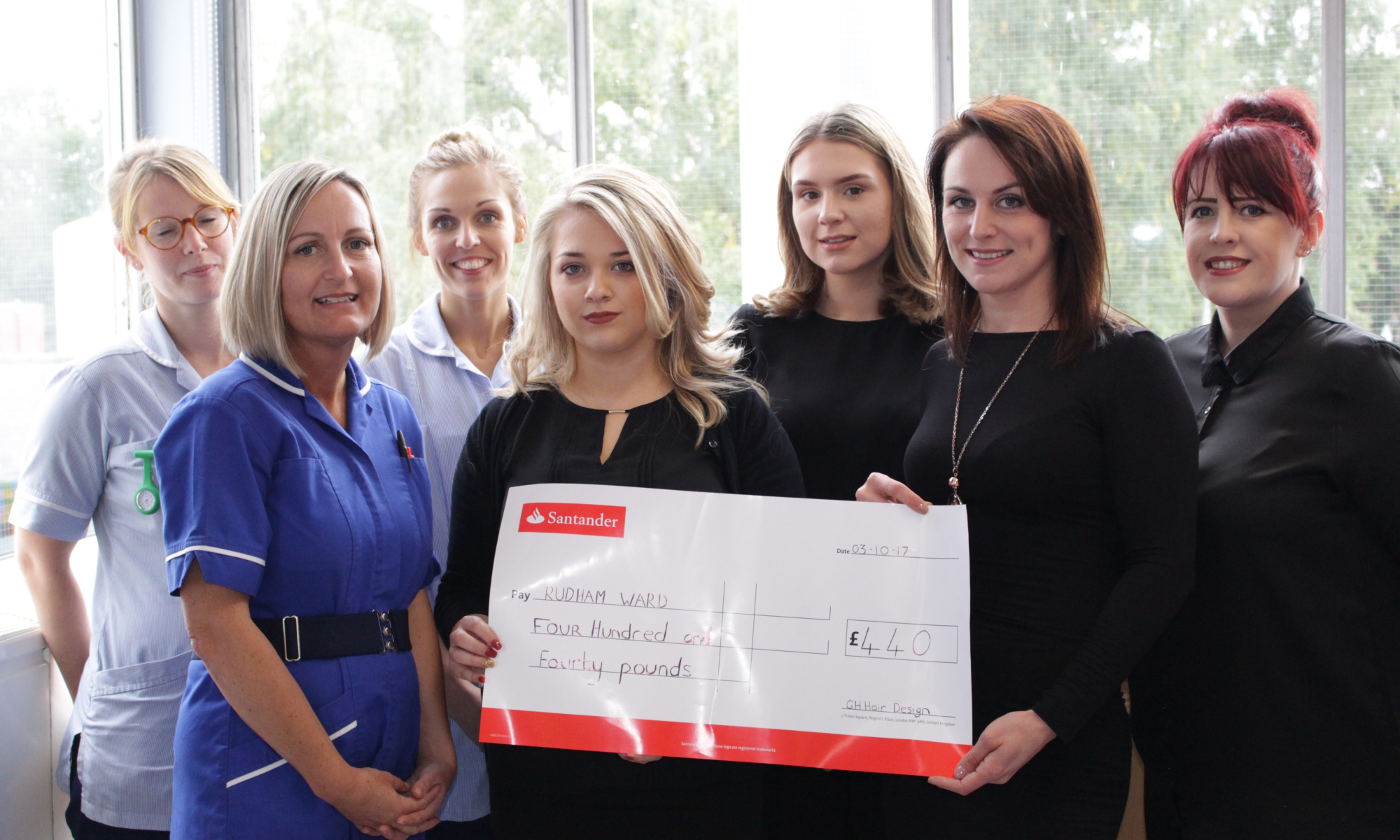 A team of hairdressers have proved they are a cut above the rest by raising more than £400 for young patients at The Queen Elizabeth Hospital.

GH Hair Design, based in St Ann’s Street in King’s Lynn, donated the proceeds of children’s haircuts during the summer holidays to Rudham Ward.

Owner Gemma Howard along with stylists Georgia Mountain, Abbie Claxton and Kelly Davies took their fundraising a step further by wearing fancy dress costumes every Saturday during the summer holidays.

Thanks to their hard work, the team has raised £440, which was presented to Rudham Ward Sister Kristy Bowman and Staff Nurses Laura Morgan and Katie Collison.

Gemma said: “We are really pleased with the amount raised and pleased to support such a good cause.

“The children also got into the spirit of it as some came in fancy dress as well.”