Youngsters have made a special effort to honour the men and women who gave their lives in service of their country by creating poppies for patients at The Queen Elizabeth Hospital.

The 10 cubs, aged between eight and 10, spent an evening transforming plastic bottles into painted poppies. 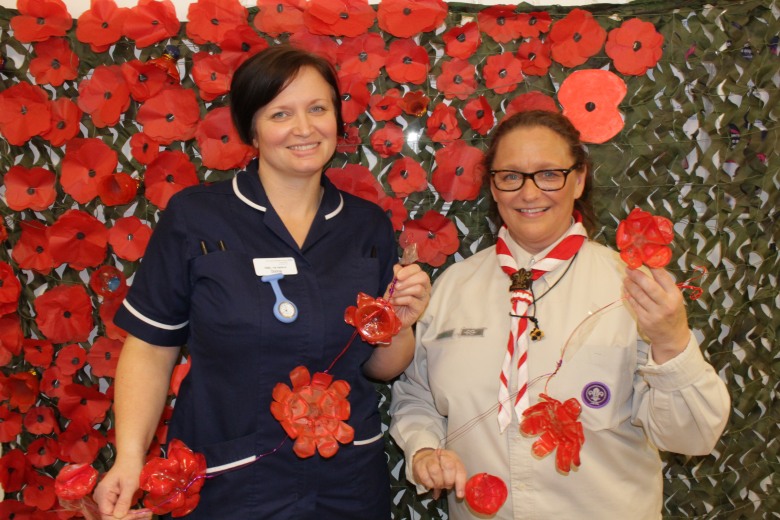 Akela Lesley Doherty, who is also a therapy assistant practitioner on West Newton, said: “We always honour Remembrance Day by taking part in a parade but this year we also wanted to do something for the community as well so we decided to make poppies for the ward.

“It has been lovely to hear the feedback from our patients about the poppies.”

While the Brownies have been busy creating poppies out of card and pipe cleaners for the ward. They have also honoured the Dersingham soldiers who were killed the First World War by including their names on handmade poppies which will be laid at the village war memorial on Armistice Day.

One of the leaders at the unit Emma Harrison, who is the Hospital’s Patient Experience and Public Involvement Lead, said: “We know that some of patients will not be able to attend a Remembrance Service so the girls thought it would be nice idea to do something for those patients.”

Both sets of poppies are now decorating West Newton ward, thanks to the artistic efforts of Patient Support Workers Tracey Westall, Debbie Smith and Clare Brumby along with those made by patients and staff. 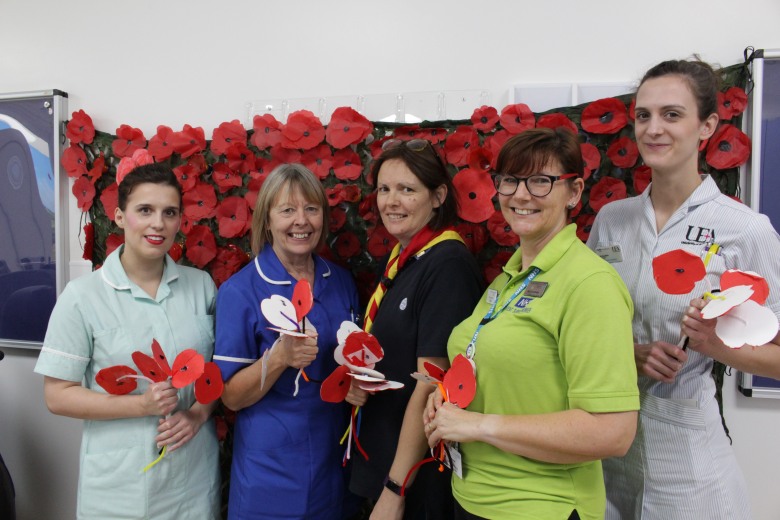 Director of HR, Karen Charman, whose family has military connections, has thanked the Cubs and Brownies for their efforts.

She said: “We would like to thank the members of the 1st Hunstanton Cub Scouts and 2nd Dersingham Brownies for creating the wonderful poppies which are now decorating West Newton Ward.

“We know that these poppies will mean a great deal to our patients.”

Pictured are: West Newton Ward Manager Donna Snowden and Akela Lesley Doherty hold some of the poppies made by the cubs.

Also pictured are 2nd Dersingham Brownies with their poppies