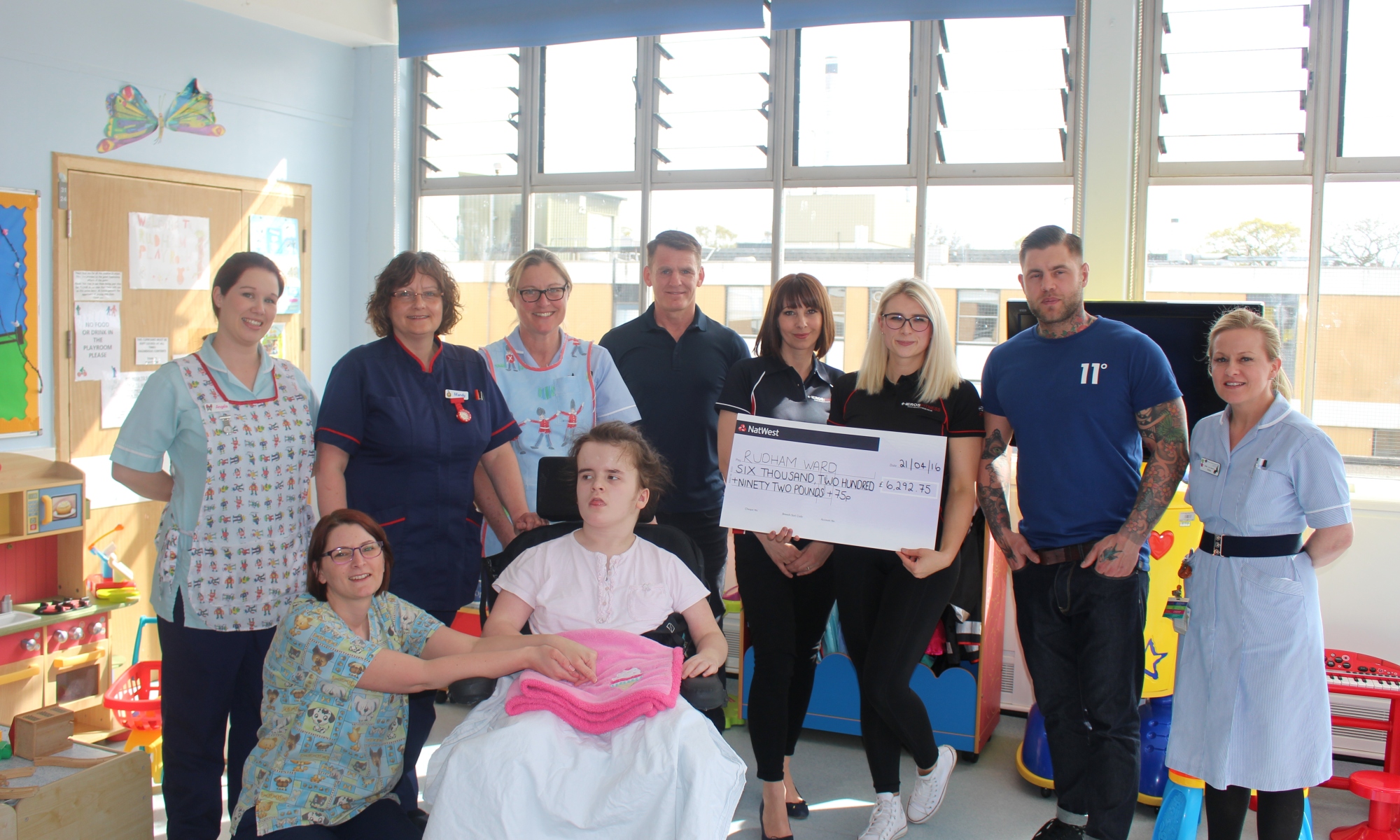 The event, which took place in February this year at the Tesco Extra store, Hardwick, King’s Lynn saw a team of people on the spinning bikes over the 24-hour period.  The team were sponsored to take part beforehand, and people also donated to the cause when they came to do their shopping.  In total £6,292.75 was collected.

Kate Austin, Fitness Manager at Heros Fitness said: “Raising money for Rudham Ward with a ‘spin-a-thon,’ was a fantastic experience and everyone showed really strong community spirit from start to finish. Several of our members have children who have been cared for on the ward, as well as some nurses being members so we wanted to do something to give a bit back.  24 hours is definitely a long time on a spinning bike and there were some very tired people at the end, but it was well worth it!  Thanks very much to everyone who took part, and donated to the cause.”

Catherine Morgan, Director of Nursing at The Queen Elizabeth Hospital went on to say: “We want to thank everyone from Heros Fitness who took part in the 24 spinning marathon on behalf of Rudham Ward. They have raised a fantastic amount of money which will make a real difference to patients being cared for by us. We really appreciate the continued support that so many members of our community show us.”