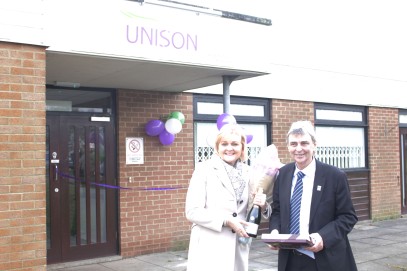 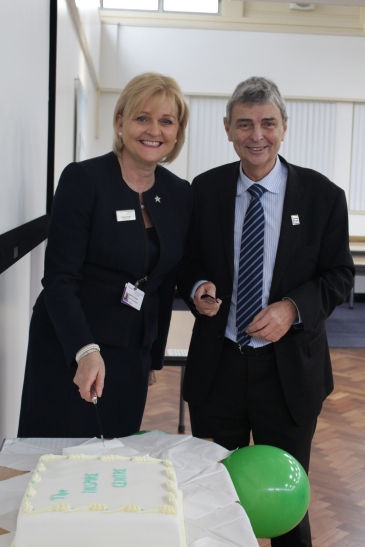 Supporting staff to achieve their full potential is the mission for a completely refurbished training centre which has been opened at the Queen Elizabeth Hospital.

The Inspire Centre will provide an exciting new venue for colleagues to train along with creating a regional union hub.

The transformation of this building is a result of the close partnership between the Hospital and Unison.

Chief Executive Dorothy Hosein said: “The Trust is investing in the future with the creation of The Inspire Centre and we hope it will encourage local people to enter the healthcare system.

“We strongly believe in having the right staff and it is vital that they keep up-to-date with the latest thinking and practice.

“Home grown staff are also key to the future of this busy hospital and developing your own is the way forward. The redevelopment of this centre is testament to that.”

The Inspire Centre is aimed to provide a modern venue for the Trust’s training courses along with the Lifelong Learning Programme, which is supported by both Unison and the Hospital.

During a 12-week building project, the former Sports and Social Club building has been transformed.

Renovations of the large hall have also included the creation of a new kitchen along with redecoration and lighting. The building’s toilets have also been improved and air conditioning added.

Computers will also be set-up in the hall to help with staff development.

Another exciting development is the creation of Unison’s New Member Centre and regional office within the building.

Unison members from local authority and other emergency services will now be able to get advice and support from union representatives.

Darren Barber, who is the Joint Staffside Committee Secretary, Unison Secretary and Convener for the Eastern Region, said the centre was an exciting new development.

He said: “This new centre means we can offer a personal service to the fragmented staff within the NHS, local government and emergency services.

“We can also offer face to face contact to help ease concerned members but it also provides a golden opportunity to help with training and development.”

The £265,000 project, which included a generous contribution by Unison, came in under budget thanks to careful management by the Trust staff.