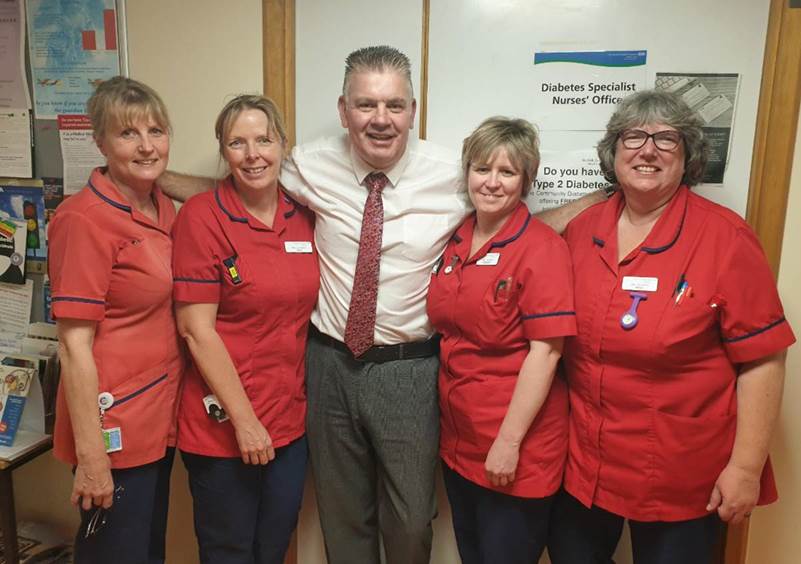 The Diabetic Nurses Fund at QEH is in line to receive £1,600 in memory of a former patient.

After Mike Burke passed away in April, seven of his DJ friends held a fundraising night at The Duke’s Head Hotel in King’s Lynn.

Organiser Jon Church said: “Mike was a great guy and we used to DJ together in pubs and clubs all over East Anglia.

“I stood at the bar at his wake and decided it was not enough to just have a cheese roll and say what a good old boy he was. So I decided to get together all the DJs that Mike knew in our town and raise some money for the Diabetic Nurses Fund.

“We had a fabulous night, it just went far too quickly.”